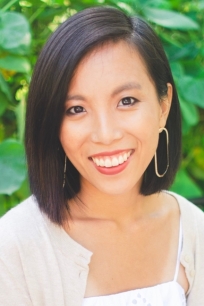 E. L. Shen is a writer, editor, and former figure skater. Her childhood skating career was not nearly as prolific as Maxine’s, but her personality is just as fiery. She received her Bachelor of Arts from Barnard College of Columbia University, where she majored in English with a concentration in creative writing. Originally from upstate New York, she currently resides in Manhattan.

E. L. Shen’s The Comeback is a heartfelt, #OwnVoices middle-grade debut about a young girl trying to be a champ—in figure skating and in life.

Twelve-year-old Maxine Chen is just trying to nail that perfect landing: on the ice, in middle school, and at home, where her parents worry that competitive skating is too much pressure for a budding tween. Maxine isn’t concerned, however—she’s determined to glide to victory. But then a bully at school starts teasing Maxine for her Chinese heritage, leaving her stunned and speechless. And at the rink, she finds herself up against a stellar new skater named Hollie, whose grace and skill threaten to edge Maxine out of the competition. With everything she knows on uneven ice, will Maxine crash under the pressure? Or can she power her way to a comeback?

Set in Lake Placid, New York, this is a spunky yet stirring middle-grade story that examines racism, female rivalry and friendship, and the enduring and universal necessity of love and support.

<This page may contain affiliate links. Please see my disclaimer for more information.>